You’ve probably seen this symbol everywhere! I mean it’s tattooed on lots of people, placed on the wall in many yoga studios, and chanted after many yoga classes. So….what does it mean? What is it all about?

1) The Sound of Everything

Linguistically speaking, all audible sounds are produced at the root of the tongue and end at the lips. The throat sound is A, and M is the lip sound; and the sound U represents the rolling forward of speech articulation which starts at the root of the tongue, continuing until it ends in the lips. To pronounce OM correctly, remember, the sound vibration is pronounced “oom” as in home.

Many people are confused when it comes to the two written versions of this symbol, Om and Aum. But the explanation is quite simple. As explained above, even though it’s pronounced Om, it’s actually three distinct sounds in one. Hence it can be written differently in order to show its breakdown or meaning.

3) The 3 Fold Division of Time

At the end of AUM there is silence. This represents the state known as Turiya, or Infinite Consciousness.

4. The Om Symbol Break Down 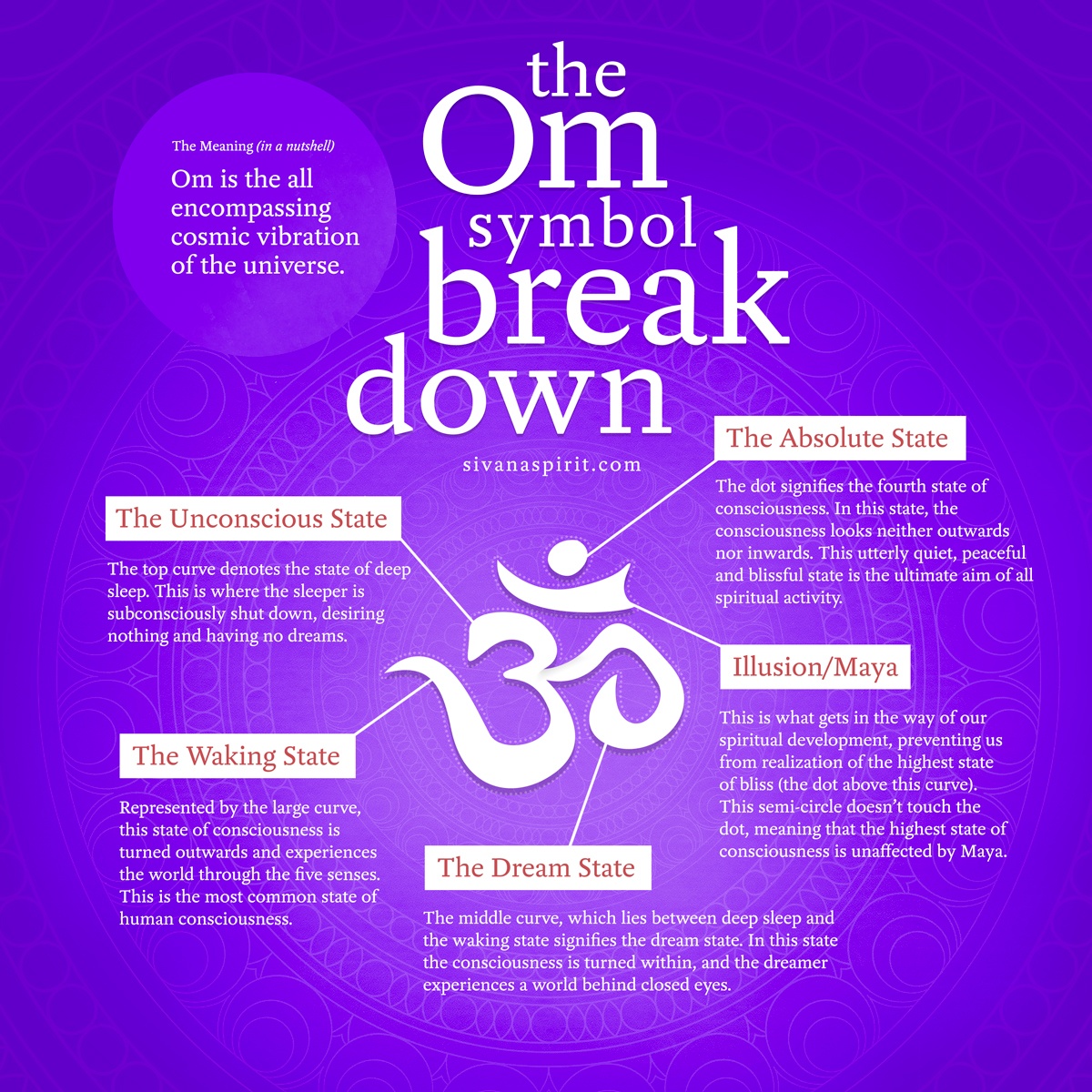 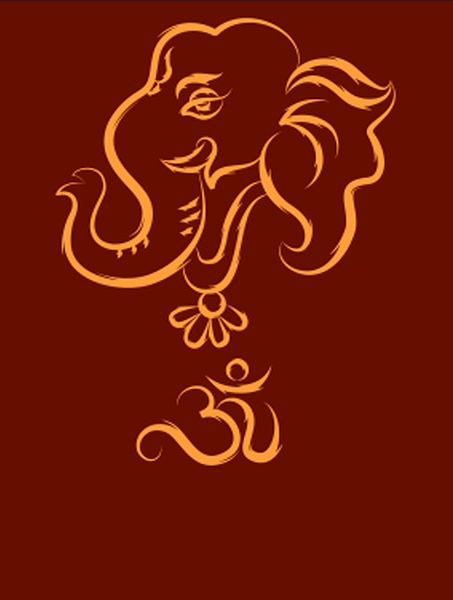 The physical form of Lord Ganesha is said to be that of OM. The upper curve, of OM, is identified with the head or the face of Ganesh. The Lower curve his belly. The twisted curve, on the right side of OM is the trunk.