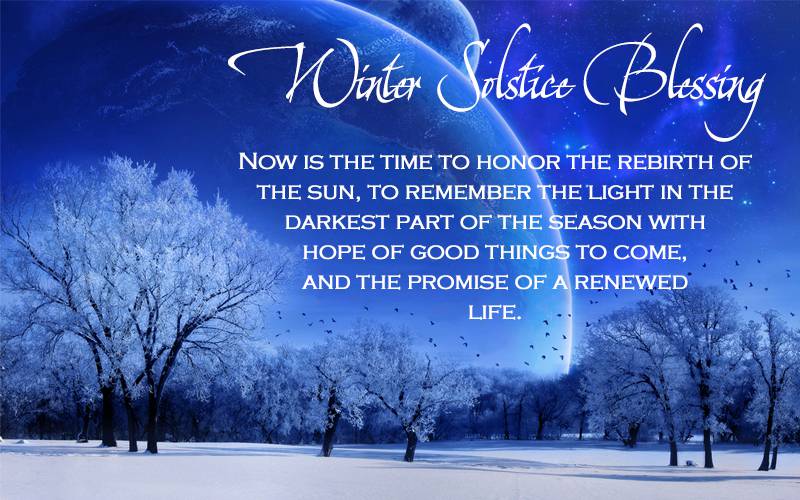 The winter solstice, also known as midwinter, is an astronomical phenomenon marking the day with the shortest period of daylight and the longest night of the year.

Celebrating Winter Solstice. Winter Solstice has been celebrated in cultures the world over for thousands of years. This start of the solar year is a celebration of Light and the rebirth of the Sun. In old Europe, it was known as Yule, from the Norse, Jul, meaning wheel.

Winter solstice marks the shortest day and longest night of the year, when the sun is at its lowest arc in the sky. The word solstice is derived from the Latin word solstitium—sol meaning sun and –stitium meaning stoppage. … Solstice can be a magical, contemplative time—a night of spiritual re connection and ritual.

I found this to be very interesting, so I decided to share with you!