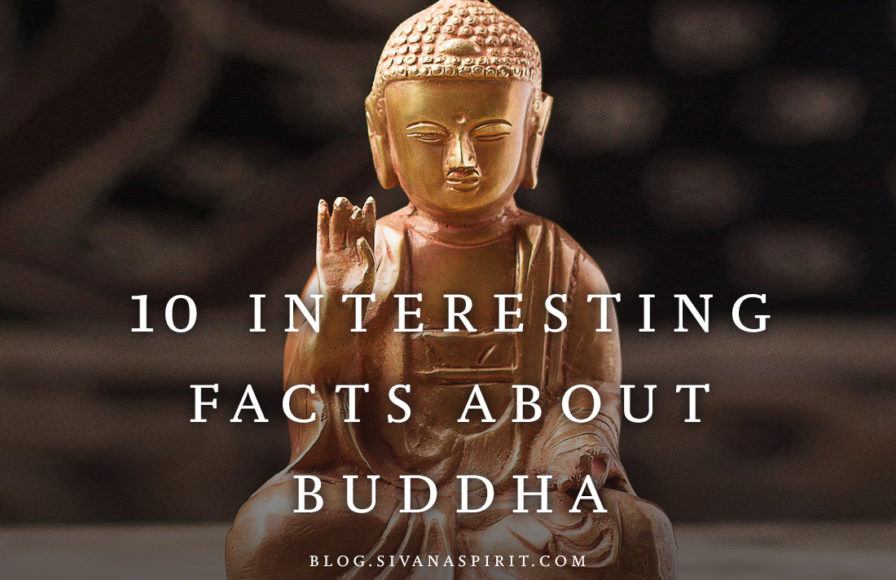 1. The 3 major tenents Buddha taught his followers were not to be ignorant, hate others, or get angry.

2. Originally born a wealthy prince, he left it all behind to pursue the path of truth when he saw the poverty and sickness beyond his palace walls. This also led him to drop his birth name, Siddartha Gautama.

3. Buddha was not as chubby as many depictions of him would make it appear– he was mainly portrayed this way because it was symbolic of happiness in the east. He practiced moderation in all things, fasted regularly, and spent most of his time walking hundreds of miles spreading the philosophy of enlightenment.

4. A few days after his birth, it was predicted by a wise old man that he would later become a great king or a saint that would change the world.

5. At the time of Buddha’s quest for enlightenment, there were many religious practices that called for either intense overindulgence in the senses, or strict deprivation such as weeks of fasting. Realizing that neither were truly beneficial,he devised what would later be known as “The Middle Way” to enlightenment…a balanced approach that emphasized inward rather than outward renunciation.

6. To achieve enlightenment, Young Siddhartha vowed to sit under a fig tree and meditate until he transcended suffering. At the end of an extremely long meditation and mental battle with Mara (the god of desire), he became awakened and was then known as the Buddha.

7. Unlike most religions or spiritual beliefs, Buddha’s teachings were spread by nonviolent methods such as word of mouth or carvings on prominent stone buildings.

8. Practicing Buddhists view Buddha as a teacher and not a god or avatar.

9. Buddha’s spot of enlightenment underneath the bodhi tree is still preserved to this day.

10. Buddha taught and traveled his entire life until the age of 80 when he passed away. His final request of his followers was this: “All component things in the world are changeable. They are not lasting. Work hard to gain your own salvation.”