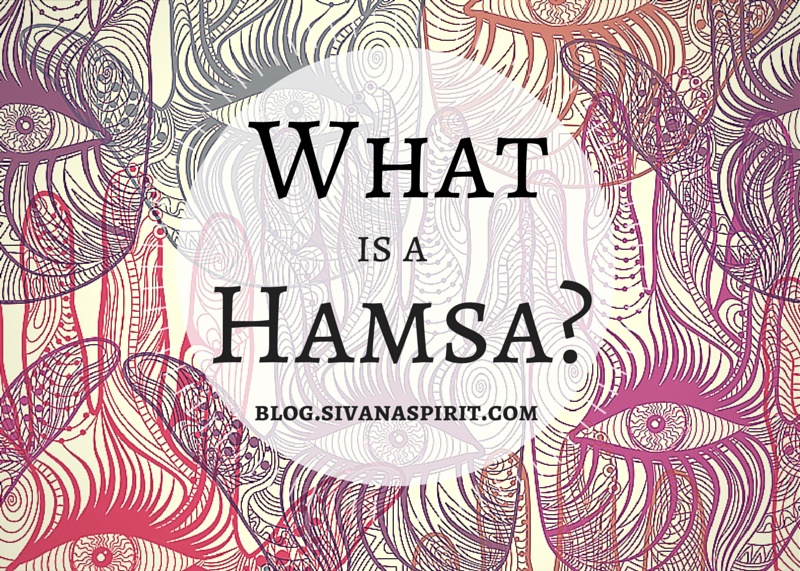 If you’re somewhat familiar with eastern art or symbols, you’ve probably seen what looks like a hand with an eye or similar design in the middle of the palm. Pretty interesting looking, right? What the heck is it though? This is symbol known as the Hamsa. The Hamsa is an extremely famous symbol used in many countries around the world for the past 1800 years. It’s mainly used in jewelry and wall hangings, though sometimes it’s displayed in art.

It even predates Christianity, Islam, and Judaism. All of these different cultures have their own interpretation of the symbol:

In Hinduism and Buddhism, however, the Hamsa takes on a very unique meaning…

The earliest known appearance of the Hamsa was in ancient Mesopotamia (modern-day Iraq area). Here it could be seen in the amulets worn by certain female goddesses. From there, it’s theorized it spread to Egypt as a two-finger amulet representing Osiris and Isis. It then began spreading to different religions in several different forms- including Buddhism and Hinduism.

Each finger has its own energy:

These energies can be combined to change the flow of energy in the body and heal psychological and physical ailments. In Buddhism, it symbolizes the chakras to a less extent, but the mudras are still important nonetheless. Often times, the Hamsais used to ward off what’s known as “the evil eye”. The evil eye is considered to be the sum of destructive energies that come from negative emotions in the world. This is why it’s often used on walls or jewelry!