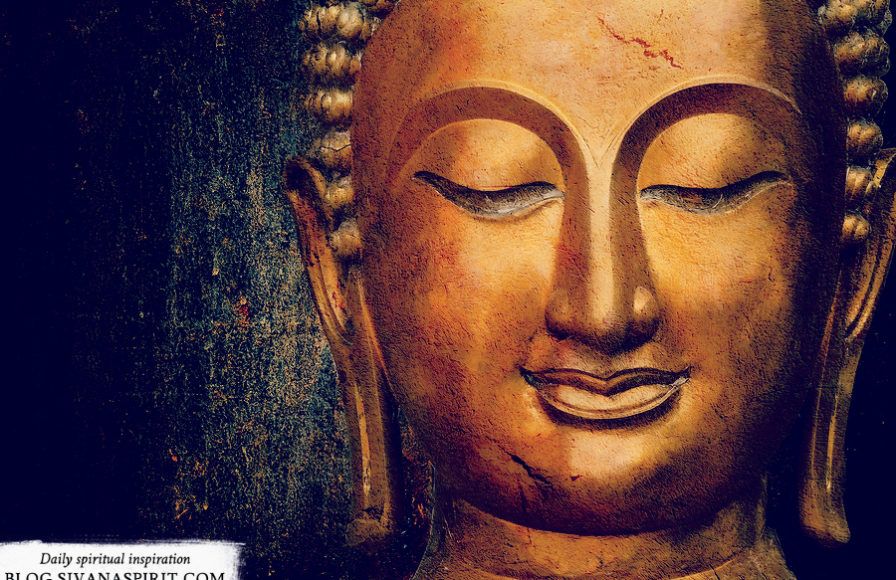 While Buddha rarely gave explicit advice on relationships, he did give common sense advice on how to move through life. Many of his anecdotes can be applied to all kinds of circumstances, including our significant others. Here are 5 of his teachings that can make a lasting impact in how you approach your relationships.

This, more than any other teaching of the Buddha, is the most profound. To really function in a relationship, you have to first honor yourself. That means recognizing that you have everything you’re seeking within you. Two complete people make a relationship work; two incomplete people create chaos.

Surrender to the Things You Can’t Change

“Holding on to anger is like grasping a hot coal with the intent of throwing it at someone else; you are the one who gets burned.”

Often, we want to change someone’s behavior or actions because they annoy us. Over time, they can create resentment and anger. And oddly enough, it’s the small things that dig the deepest: forgetting certain important dates, bad habits, etc. This is when we have to learn to surrender. Sure, you talk about it; but you also have to choose your battles and recognize when to just let go and surrender.

“It is a man’s own mind, not his enemy or foe, that lures him to evil ways.”

Once you’re in a relationship, you have to let the trust flow. You’ve made up your mind to be with a person, right? Instead of dwelling on insecurities and spinning jealous stories in your mind, let yourself trust in the process. Everyone should be given a fair shot at proving themselves trustworthy; and if they’re not it’s no problem. You just move on, right? Because you’re already a complete person.

Your Partner is a Reflection of You

“We are shaped by our thoughts; we become what we think. When the mind is pure, joy follows like a shadow that never leaves.”

Everything you think, you attract. Therefore it stands to reason the people you’re surrounded by- including your significant other- is a manifestation of your thoughts. When your thoughts get clear, your relationship can shift into a higher level.

“An idea that is developed and put into action is more important than an idea that exists only as an idea.”

It’s said that love conquers all. But love alone isn’t enough; you need action. Becoming useful to someone creates a solid foundation for love to flourish. Giving back and thinking about their welfare builds trust, familiarity, and respect. If you want your relationship really work, think about someone’s needs before your own.