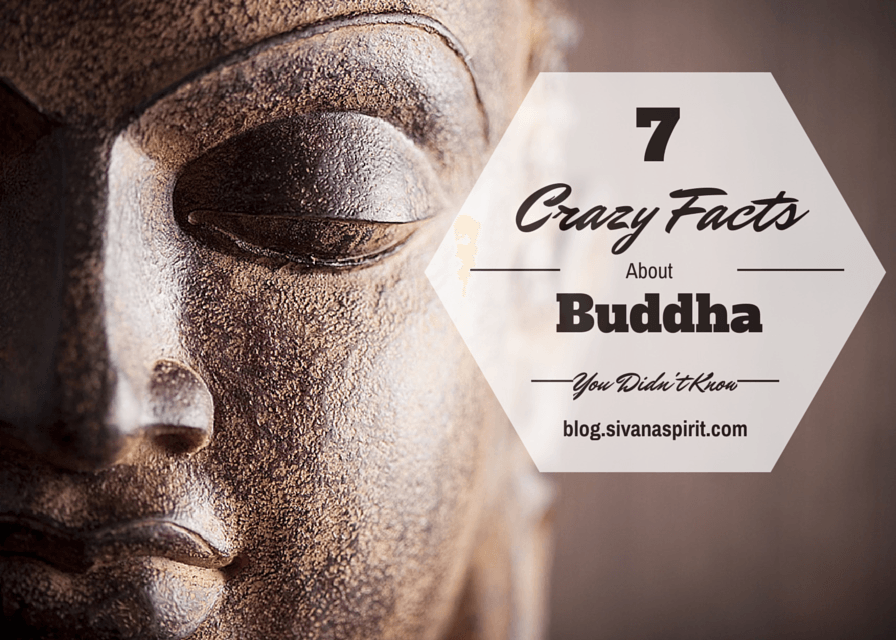 Since our post, 10 Interesting Facts About Buddha, was so popular we decided to let you in on some other facts you may have never heard of. Here’s some things about Buddha that most people never know about:

Buddha was most likely not a vegetarian

Buddha had a certain creed that was important to him and his followers: do no harm. That extended to animals and diet…hence many Buddhists are vegetarian today. But Buddhists eat what is given to them, and don’t request anything or complain. Because of this simple philosophy and Asia’s culinary history, it’s very likely that in his travels Buddha was offered meat and ate it.

Buddha was canonized by the Christian church

Buddha’s story spread by word of mouth quickly in the ancient world, but had many different “versions”. European travelers documented their discovery of a religion known as Buddhism in Asia. They would often retell the stories. This, of course, included the origin of Buddhism. But over time, the origin became the transformation of a sinner into a saint in Christianity…and instead of Buddha, it was Josaphat. Many other stories were written about Josaphat, and his tales were loved by many Christians. They included healings and prophesying. Eventually the tales became so popular that he was canonized into sainthood! If you’d like to do more reading on this fascinating subject, you can read a book about it here.

When Buddha’s stories began to across the world, Greek architecture and sculptures dominated artistry and influenced art. This also extended to Buddhist statues. The hair bun, the toga style robe, the halo, and the stylistic realism are all elements that most likely came from Greece. For more info, click here.

Most monastic orders, especially at that time, did not allow females to participate. But Buddha did. This was a stark contrast to the exclusive Brahman caste of India, with its male-dominated system.

The “Fat Buddha” was not Buddha

Many times, people think that the “fat Buddha” (often seen in Chinese restaurants) is Buddha; but that’s not true. The fat Buddha is a representation of a Buddhist monk that lived in the early 900’s. This saintly monk was known as Hotei a Budai. The confusion comes from the teaching that everyone is a Buddha themselves, but has yet to uncover it…but apparently, this man did. That’s why you’ll only see China with this depiction — the rest of Asia shows Buddha as slender.

Buddha did not care about “gods”

Buddhism was a stark contrast to many of the orthodox teachings of Hinduism in its day. Perhaps the greatest example of this is the conception of gods in Buddhism: there are none! Buddha did not believe that gods or goddesses were really relevant to the supreme goal of enlightenment. Therefore, they could be left out of the main teachings. It’s up to the practitioner to find what works for them. But belief of their existence is needless.

Supposedly, Buddha’s tooth is still around today. It was removed during his cremation ceremony and smuggled into Sri Lanka where it is still present today.