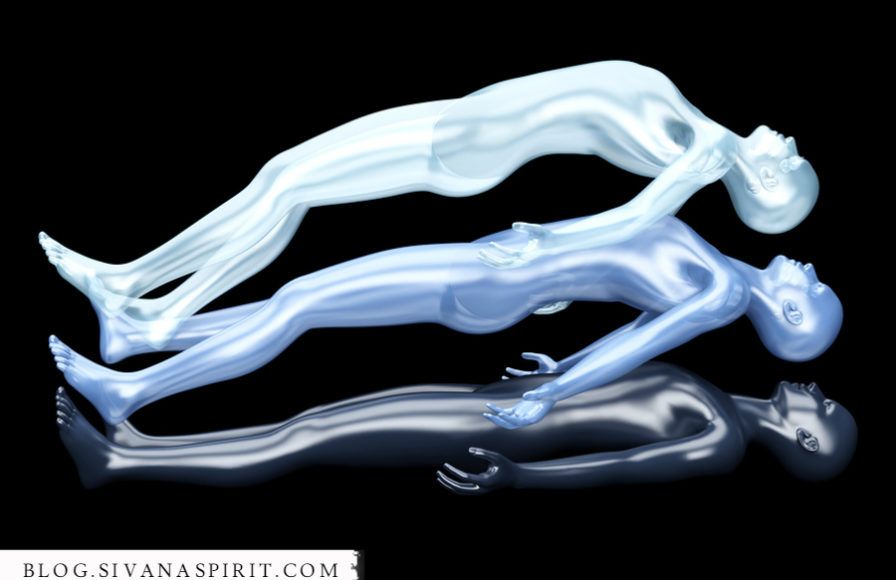 One could make a convincing argument that India’s greatest contribution to the world is its deep philosophy and connection with spirituality.

Interestingly, much of their philosophy hinges on the idea that each person- despite caste, creed, or social status- has a right to experience the same thing as the saints of ancient texts.

This concept is probably what kept their culture alive for almost 16,000 years.

Embracing the idea that each person is responsible and in control of their own spiritual growth has led to fascinating experimentation and debate; something that is sadly missing is many religions today.

They categorized and documented all sorts of spiritual experiences.

One of the most important, and perhaps controversial, is the ability to leave the body at will.

It’s almost crazy to think we can leave the body at will.

After all, it’s not like you can just close your eyes and float away whenever you want.

Ancient rishis argued that’s exactly what can happen, if we’re able to remember who and what we are. Of course, that’s easier than it sounds; but it’s not impossible.

The ancient rishis gave this miraculous ability a name: samadhi.

The word samadhi is almost as old as Hinduism itself, with references going back to the Upanishads. It’s defined as a state of complete concentration- an awareness so deep that nothing can disturb you.

After a period of time, that concentration deepens so much that the practitioner naturally begins to embrace that experience more and more, until they eventually leave the body.

Then the body becomes as though dead, without breath or pulse.

Eventually this state is mastered, and the yogi can leave their body at will under any circumstance.

This is the highest form of samadhi, known as nirvikalpa samadhi.

Like all teachings in eastern philosophy, there are specific and time-honored techniques to get closer to the goal of moksha (liberation).

In deep meditation, a practitioner must withdrawl the life-force (prana), into the spine. This can be done with intense concentration and visualization.

Bringing this energy up the spine, it can be directed towards the spiritual eye between the eyebrows.

Over time, this intense energy and concentration builds up and reveals a five pointed star directly in the center of a deep blue oval, encased in a rim of gold.

With even more time and effort, the devotee can exit through the star- leaving the body.

It has nothing to do with religion or beliefs…it’s all a matter of time, effort, concentration, devotion, desire, and right living.

This is biggest discovery of eastern philosophy: we can all experience that powerful release.